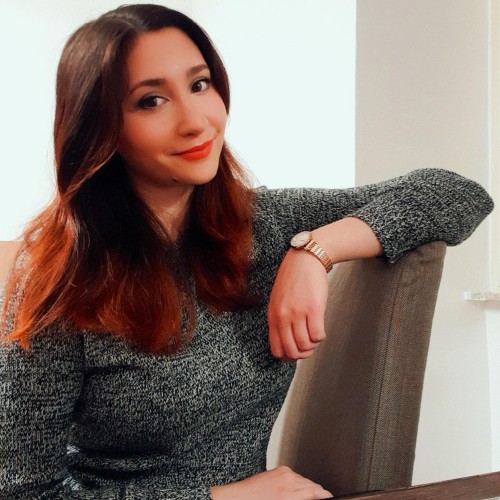 Ginevra Mancinelli was born in 1992 in Rome, Italy, to a Filipino mother and an Italian father. Growing up between France and Switzerland, she studied Literature, Foreign Languages and eventually graduated from Law school in Lausanne, Switzerland. Abandoning the idea of becoming a magistrate after witnessing the system's idleness in a case involving racial prejudice against a black student, Mancinelli spent two years rebuilding herself and chose to pursue her passion for writing. Mancinelli writes from her perspective particularly when it comes to mixed races, age gap, stepfamilies, bisexuality, eating disorder, and depression. Her books are considered own-voices.

No Man Can Tame by Miranda Honfleur

Do you like romance books? I personally don’t but I was recommended No Man Can Tame by Miranda Honfleur on Twitter and the premise sounded good (not to mention the title). This is an indie book of great quality in terms of writing and editing so I certainly didn’t regret purchasing it. Cover from Amazon….

A Court of Thorns and Roses by Sarah J. Maas

My second pick of the year was a total… “BookTok made me do it”, AKA a real fiasco. But it wasn’t all that bad. A Court of Thorns and Roses by Sarah J. Maas is a popular series among young and new adults, and even adults tend to like it but since the author’s deemed…

How to inaugurate this section without mentioning the first book I read in 2021? Impossible. Billy Lemonade by Sarah J. Maxwell is a book I picked sometime in February out of a Twitter list. The title and the blurb intrigued me, and it seemed like a good place to start due to my heavy reading…

“I will go after each one of you until there is no one left and I, at last, find peace.” – Jascha of Three Crosses An Ambitious House. The Silver Lands were ruled by kings until a mysterious fog descended from the Heights and devoured the lives of everything it touched. Generations after the event,…

Readers supporting authors: What is the cost of self-publishing?

Traditional publishing VS Independent publishing When an author is published traditionally, they don’t have to pay smack. The publisher will take care of hiring an editor, a cover artist, even a marketer at times (though the author is still expected to do most of the publicity themselves). That’s pretty neat, but it’s also the reason…